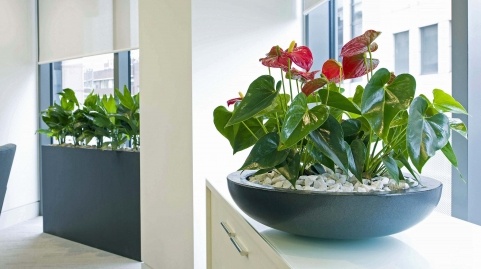 Every business is looking for the ‘slight edge’ to give them a competitive advantage. But how about if I told you that you could become 15 % more productive by doing one small, low-cost thing?

Dr Craig Knight from Exeter University and his fellow psychologists, who have been studying the issue for 10 years, concluded that employees were 15% more productive when “lean” workplaces were filled with just a few houseplants, as employees who actively engage with their surroundings are better workers.

The study says that offices devoid of natural elements and distractions are “the most toxic space” you can put a human into and reports that workers perform better when household plants are added to workplaces.

Collaborating with academics from four universities in Australia, the UK and the Netherlands, Knight said he had wondered for years why the fashion for spartan offices has been so dominant in the business world. “If you put an ant into a ‘lean’ jam jar, or a gorilla in a zoo into a ‘lean’ cage – they’re miserable beasties,” he said. People in “lean” offices are no different, he added.